There’s something about the juxtaposition of holding the harder, heavier, darker things of life up against such bright, warm, sunny skies that always makes me sit up, snap to, and really pay attention to my life.

Spring carries with it an undeniable sense of hopefulness, of possibility.

But then, possibility can go one of two ways, right?

Maybe that’s why my Anxiety always kicks up a notch during this time of year. It seems random but it’s not. I know better than that by now.

You are remembering, aren’t you, Body?

You are remembering the Spring from 2 years ago when Nate injured his back, when he was immobilized and stuck in bed for months; when we didn’t have answers and it all felt so unknown. Would his body fully heal? Would he be able to walk normally again?

For a month or so there, we really didn’t know.

You see, Nate is usually the strong one… for all of us.

He is the steady, calm, grounding force in our family. He is like still waters next to the rushing river of my words, thoughts, and feelings.

It was good practice for me to be the grounding force for once, but it was also eerie, disorienting, and scary for both of us.

You remember, Body, how hard it was to watch him struggle, how quietly devastating it was for him. For us too.

You remember when they wheeled him back for spinal surgery, how jittery and nauseous you felt, overcome by the gravity of the situation.

Mentally and emotionally I was wrecking off, but physically you were holding down the fort.

You had to be the strong one, Body, not just for Nate, not just for me, so I could get all the tasks done- feed the animals, do the barn chores and mow the lawn (because Spring), pay the bills, get the kids to school + piano + baseball, cook the food, and then drop everything to pick up the kid suddenly struggling with massive anxiety attacks, and omg did I even check on Nate in the last four hours? What if he needed something?…

You had to be strong for the kids too. They were each grappling with the fear in their own ways.

It almost felt like too much.
But you carried us through, Body.
You did that.
You SHOWED UP for me in that season.
You kept me going, doing the next right thing, even when I felt like a zombie.

I think that’s why I’m writing this letter, because I discovered it all over again this Spring, when I was sitting in the emergency room watching them put my son’s scalp back together:

You always show up for me, especially in moments of crisis.

You are also remembering the Spring before that one, from 3 years ago, when the hits kept coming. Friendships. Finances. Farm life. Work life. Kid stuff. It felt like we’d stepped into the Upside Down.

It’s no wonder that by following year our bodies started wrecking off too.

There was that wrongful lawsuit, the one from that bad, crazy man. It’s probably not politically correct to say he was crazy, and it’s definitely reductive to say he was a bad man, but whatever.

You knew both to be true, didn’t you, Body?

We hemorrhaged ridiculous amounts of money trying to fight that nonsense, because my husband is the most One-ish Enneagram One to ever One, and dangit, this was just plain WRONG.

He would not stand for it, could not abide it. You hated the injustice of it all too, didn’t you? It grated against you, so much.

Then there was that Voxer message, a couple months later, from one of your closest friends, the one you casually clicked Play on while you were sitting on the floor of your closet. (Look, it’s a big closet, its not weird, okay?)

Your hand was trembling at first, and then just openly shaking for the rest of the 15 minutes you sat there listening.

I wish I would have taken a beat to just PROCESS, and wait to respond instead of react, but I wasn’t very good at that back then.

There are things I would say and do differently. The truth is, I was reactive. Emotional. Defensive. Hurt. Angry. Mostly, I was confused.

I didn’t know it at the time, wouldn’t have imagined it, but that message would turn out to be the impetus, the beginning of the end of that relationship.

Or maybe the ending had already begun long before?

I don’t know, I’ll just borrow a quote here from Meg Ryan in You’ve Got Mail, “There was an argument… and I think they broke up?… Was it inside the elevator? Or just outside it? Or…?”

I guess the point is, you had some feelings about this, Body.

It’s something you viscerally recall, however less often now. It’s something you carry with you, almost like a souvenir you’ve collected from a happy season of life.  It both pains and comforts you with it’s presence, but either way you slice it, you’re just not in that season anymore... You know?

Here is the current souvenir, Body: We are becoming less and less willing to betray each other or ourselves, just to improve someone else’s opinion of us by like, what?

We are too old for that shit. It feels good to know that now, to be able to name it. Now we can look back with fondness and peace.

You’ve helped me name so many important things, Body.

What I’m saying is, you are the real MVP, here.

I am a mess in difficult moments.

But you? You get things handled.

You stuff down the dizzy, queasy feeling and you ignore the fact that your pulse just went from zero to sixty. You just move. You act. You don’t panic, you don’t think, you just do something.

You knew to act quickly, the other night, when you heard that awful ThudThudThud (the sound we’ll never forget), of my son’s head hitting the ground.

He went down so fast and SO HARD.

You had already dropped the face cream you were holding and started running to them before I had even mentally registered that something had happened. Something bad.

You knew as soon as you saw all the blood to call my mom and dad and best friend to tell them to pray. “Right now”, you blurted, “stop what you’re doing and pray.” I looked down as I hung up from that call and noticed a bright green beach towel in my hand. I didn’t even remember picking it up, but you were already thinking ahead… Of course. We’d need something for the blood.

You knew from the way Nate’s face changed the second he stood up, that something was not okay there, either. I’d never seen his eyes cloud over like that before. It’s like he was there with me one second, having a wild-eyed and silent conversation about what to do next, and then the next minute he was just gone. Somewhere else.

The adrenaline had completely washed over him and his Body was having a moment.

He was the one to see it all, to watch it happen.

Jaxon had cut his finger, seen the blood, and hit the deck- which unfortunately resulted in way more blood. Nate got there just in time to see our son’s big-little eleven year old body ricochet between the granite countertop and the bathtub, slamming his head on the corner of the baseboard before slumping to the ground.

I do not envy him that sight.

This is where he is still the strong one for us, Body, because we both know that seeing it all go down would’ve been entirely too much for you. We would not have stayed as calm as Nate did. God, I love him! He really is my hero, in so many ways.

You are my hero too, Body, even though you couldn’t stop vomiting in the emergency room when you saw them trying to stop the blood coming out of your baby’s head. You rejected that visual, right there on the spot. Maybe vomiting was your only way of saying “NO NO NO Please Jesus NO” in that moment.

Words are always the first thing to go for me, in crisis. Probably because they are the most important. It is endlessly frustrating but you find ways to communicate, Body.

You are honest, always. I will give you that.

After a few long hours, they ruled out a major head injury and decided that his heart was just fine too. He’d bitten into his lip, but thankfully not through it, so they just stapled his scalp right back together and cleared us to go home.

We got through it, Body, but let’s not get it twisted:
It was you who carried me, not the other way around.

I barely slept that night, because of course not. I’d finally tucked Jax in around 2 am, after scratching his back and humming Jesus Loves Me, like we used to. Then I was was up again at 5, checking on his breathing, his sleepy sounds, his movement.

I was tired but wired and I knew we needed to complete the stress cycle, Body.

You were still holding all of that tension, fear, and emotion that I’d kept at bay all night.

I knew I couldn’t let them get too close; could not indulge them, not even give them the side-eye. I knew that if I did, it would be game over for us, Body, and I’d become useless.

We needed to wait until later, when it was safe.

So somewhere between 5 and 6 am, when the sun was still coming up, I laid you down on the floor of my closet while everyone slept (again, it’s a big closet, it’s not weird, okay?)

I gently hugged you, and I finally let you have a cry.

I thanked you, too, Body.

For the way you always show up for me in the really hard moments, when I am almost outside of myself with fear.

The next day Jaxon surprised us and he let me fuss over him, kiss on him, and fold his body in close to mine on the couch, like we always did when he was little.

From the age of 1 til probably 9, he would be SO OFFENDED if we did not get our daily snuggle quotient in.

But then puberty hit and that changed and now we’re all trying to figure out how to best show affection to each other. Lately it looks more like teasing and bonding over comedy TV quotes than actually snuggling up together to watch.

But that day he let me gather him close again, to really mother him, and I think we all needed that.

I know this is a long and rambly letter, Body, but I guess I just wanted to say Thank You.

Thank you for knowing things first, for springing into action, for being so much stronger than I am.

You are the real MVP.

This mama’s heart is grateful.

I promise to be gentle with you when you remember the hard things.

« dear body, we do this next part together.
dear body, it’s the distrust, isn’t it? » 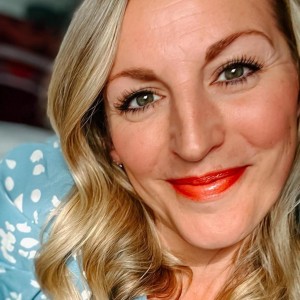